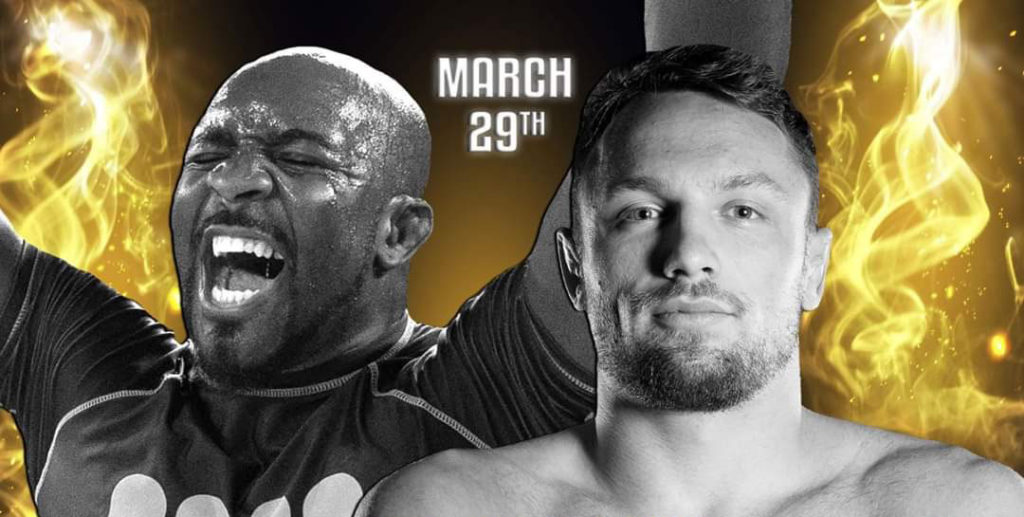 NOT even a global pandemic could stop Chael Sonnen from having the twelfth instalment of his Submission Underground (SUG) promotion go ahead, albeit with a bunch of changes which made for an eerily different setting.

Undertaken in a converted grain silo in Oregon with no fans or cornerman in attendance, and Sonnen himself on commentary from his home studio, the event also saw each competitor fully covered in rash guards and compression gear, and the ring sanitised after each bout.

In the card’s main event, Craig Jones took home yet another heel hook victory despite being made to work for it, while potential UFC recruit Ben Egli was ultra-impressive in submitting 46-fight veteran, Jake Ellenberger in the curtain raiser.

Check out all the results from an interesting night of grappling, with some familiar mixed martial artists on display in the ‘black belt or better’ showcase.

Australian heel hook extraordinaire Craig Jones extended his undefeated professional grappling streak with another textbook heel hook finish, this time over the persistent Kevin Casey. Much of the onus came from Jones as he looked to pull into his customary half guard position, roping a leg through on either side. Casey resisted the entanglements for some time and kept the distance on two occasions, getting to the feet on one before Jones dropped down and worked for that typical heel hook position. Casey verbally submitted at 2:40 of regulation time, but did his reputation no harm against one of the world’s best.

Ben Egli pulled off an impressively aggressive submission victory over Jake Ellenberger in regulation time, pushing his case for recognition in greater MMA promotions. Egli pushed the pace early, shooting in but being thwarted in his attacks by the pure strength of Ellenberger. Just as Ellenberger looked to be settling in on top, Egli threatened a guillotine to switch the position and continually work transitions of his own. Ellenberger found himself unable to keep up with the variety of techniques shown by Elgi, as his compatriot moved to take on a triangle, before settling for the Americana at 3:30.

Juan Bernardo pulled off a shrewd showing of SUG tactics in his overtime victory over Bobby Emmons. Despite Emmons looking the stronger competitor from top position in a stalling battle during regulation, it was Bernardo who made better of the positions in overtime. Upon his second attempt on offence via Emmons’ back, Bernardo was able to lock in the body triangle and eventually lock the rear-naked choke across his opponent’s chin. Slick work, and patient from the BJJ practitioner.

‘Sunshine’ Cris Lencioni of Bellator fame became the first competitor to win in overtime on the night, taking full advantage of his starting position on the back to sink in a clutch rear-naked choke with two seconds to spare. Lencioni was the more slick of the two during regulation as well, showing great flexibility from bottom and staying busier on top once he gained the position. In overtime, he was locked in on arm-bar defence for a good amount of time, so knew he had ground to make up on offence. That being the case, it made his quick work even more impressive as he grounded out the rear-naked choke.

The quickest bout of the night saw Matt Stringham submit Joe Levasseur via standing guillotine inside the first 30 seconds, leaving even Uncle Chael surprised. Stringham worked early to move his opponent against the cage as they fought hands, and made a beautiful thrown to take Levasseur down. As Levasseur looked to back up and stand, he made the mistake of leaving his head down for Stringham to pounce on. Needing no invitation, he did just that and finished the choke standing up in quick time.

One of the more impressive performers on the night was Alex Larmey, who eventually won via escape time in overtime, but not for a lack of trying during regulation. There were a bunch of leg lock and heel hook attempts by either grappler as a merri-go-round ensued on the mat, and Larmey’s nous in each position allowed him to pose the questions as the bout went on. Patrick did well to answer each query and escape the stubborn Larmey, who proved the instigator in multiple exchanges. Larmey’s better hold of the body triangle on offence from the back proved vital in his escape time win, with both men very close to sinking in armbars during overtime.

In a confusing exchange of corner and outfit colour, Jake Smith come out on top in escape time against George Martinez in their undercard bout. Martinez had Smith in what looked like multiple compromising heel hooks with Smith looking for a knee bar at the same time, but neither attempt yielded a submission during regulation. Bellator’s Smith cranked up the pressure in the final minute after Martinez had settled on top, but it was to no avail. In overtime, both men had quick escapes on defence, with Smith’s exits proving slightly slicker each time for the win.

The first submission of the night came from Don Stoner, who caught Lee Flores in a rear-naked choke during regulation time. After a feeling-out process on the feet, Flores was the one who looked to pull guard, but saw Stoner transition well to whip around the back. From there, Stoner was clever in his approach to submission, jumping on a guillotine and then switching back to the rear-naked choke to surprise Flores and yield the tap – fooling Sonnen in the process.

John Simon, the cousin of UFC bantamweight Ricky, came up short in his bout with Cody Kenaga via escape time in a frustrating battle. Despite holding what looked like the better position during regulation after an early double-leg takedown, Simon was unable to pass from full guard as Kenaga bumped each time Simon looked close to breaching. Kenaga also got creative from the bottom, but a leg lock attempt proved unfruitful. In what was a tight full innings of overtime, Kenaga’s escapes proved that bit more quick in two of the three defences that Simon to grab the victory.