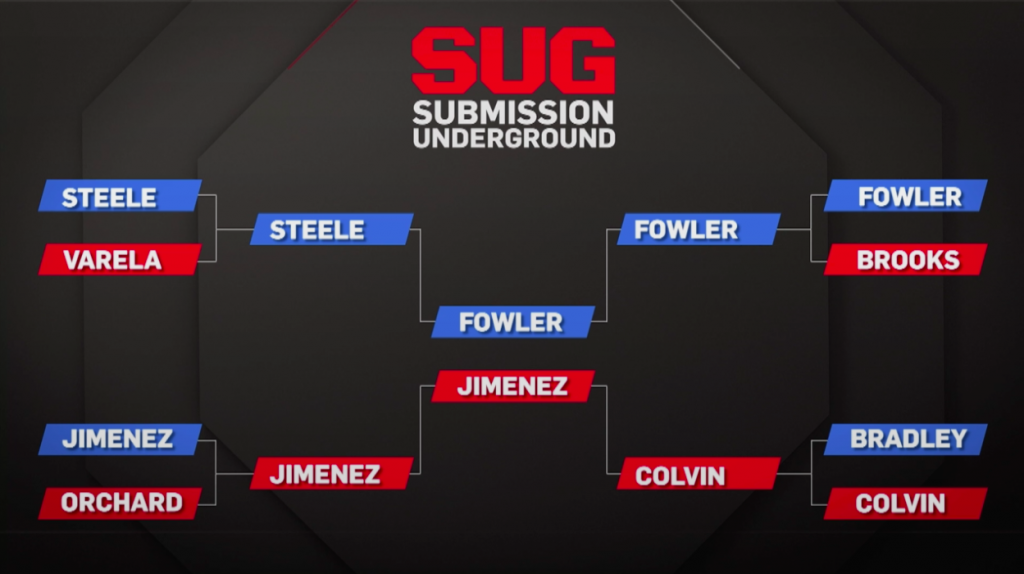 ANDY FOWLER will get a shot at redemption and an inaugural Submission Underground (SUG) title after coming out on top in the promotion’s eight-man tournament to find undefeated Australian, Craig Jones a fresh opponent. While the two have previously met, doing so at the next SUG event (SUG 16, July 12) under the promotional guidance of Chael Sonnen will bring plenty of eyes to what could spawn a new grappling rivalry.

If the eight-man tournament was not intriguing enough, Sonnen took the unconventional risk of having Jones participate in the card’s co-main event, coming up against mean mixed martial artist, Gabriel Checco. While he was made to exhaust plans a, b, and c, Jones managed to move to 10-0 in the promotion and keep interest in his next bout well and truly alive.

Checco had already made decent inroads into his own SUG career at 2-0, and had clearly done some homework after Vagner Rocha laid the blueprint on how to survive Jones’ advances in regulation time. That work went out the window in overtime though, as Jones took the back first and yielded a tap within 15 seconds. It looked as though he only had the choke wrapped around Checco’s face, but ended up under the neck as the two rolled. Checco was unable to match the feat in his sole turn on offence.

The second featured submission grappling bout took place in the female category; as Jessica Eye stepped into the cage one week removed from her five-round UFC main event loss to Cynthia Calvillo, facing off against black belt Amanda Loewen. A shrewd defensive grappler, Eye was made to work in her opponent’s closed guard for most of the allotted regulation time after being pulled to the mat.

A seemingly frustrated Loewen got the tap in overtime on armbar offence despite Eye’s best efforts on defence, stretching out the grip as the UFC contender looked to step over and pull out. Sonnen announced post-event that Gillian Robertson, also of UFC fame and fresh off a fight, agreed to take on the winner of this bout at SUG 16 next month.

Speaking of, that is exactly when Jones and Fowler will go head-to-head to make history as the maiden SUG open weight submission grappling champion, after the latter went 3-0 to take out tonight’s eight-man tournament. Fowler’s patience and positional prowess were exceptional throughout all three of his bouts; finishing his quarter final match against the physically imposing Warren Brooks via armbar, while both his semi final and final wins came by rear-naked choke.

In a cool quirk, Fowler managed to get the job done in under 20 seconds during the bottom inning of the first overtime period across each match, able to take advantage of his offensive position on every occasion after escaping in quick time. His choke in the final was completed standing after locking in a body triangle to keep the position strongly.

Fowler’s final opponent, Roberto Jimenez also enjoyed an impressive run to the pointy end of the tournament, picking up the only two regulation time submissions for the night, en route to completing the match-up most experts predicted would occur. Both of his wins came via triangle choke, requiring over three minutes to get rid of Nathan Orchard and just 51 seconds to tap Hunter Colvin. His unrelenting offence – even from defensive positions – smooth transitions, and great flexibility made for entertaining viewing despite coming up short in the end.

Earlier, Colvin and Kody Steele also picked up wins at the quarter final stage, with the former taking 16 seconds at the bottom of Overtime 1 to submit the dangerous Adam Bradley, while the latter took 1:17 to yield a tap from Andy Varela via the same technique and in the same inning.