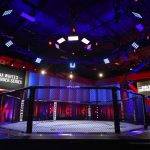 THE COSCE brothers each earned a UFC berth as Season 4 of the Contender Series rolled on into Week 3, accounting for half of the total contracts handed out. Josh Parisian and Cheyanne Buys were the other worthy prospects to impress Dana White, while Kenneth Cross was the sole winner to leave without his signature required.

The younger of two brothers to enter the UFC APEX octagon, Louis Cosce impressed in the night’s featured bout, making quick work of the experienced Victor Reyna. Despite an age gap of 10 years and the fact that Reyna had not been finished by opponents such as Kevin Holland, Daniel Rodriguez, and Miguel Baeza, the 24-year-old required just over a minute to get the job done.

The Round 1 TKO finish means Cosce improves to 7-0 as a professional, with all of his wins coming via first round stoppages. He rushed in with thunder from the get-go, with a huge overhand left dropping Reyna, before punishing unanswered blows from the side forced the referee to step in.

His older sibling, Orion Cosce boasts a virtually identical record at 7-0, all by way of stoppages and topped by his Round 3 TKO victory on the night. The 26-year-old faced tough opposition in formerly undefeated ace Matt Dixon, and was the biggest underdog on the card.

After Round 1, that status seemed justified as Dixon imposed his wrestling will on Cosce. But the Team Alpha Male product made some terrific adjustments across the following periods, forcing his opponent to desperately shoot for takedowns and eventually ending the fight in brutal fashion as he reigned down blows from the crucifix position.

The only other finish of the night came via the fists of heavyweight prospect Josh Parisian (13-3), took just under four minutes to put away Chad Johnson by TKO. It was Parisian’s second Contender Series dig after a winning debut in 2018, but the TUF veteran did enough this time to extend his finishing streak to six.

Parisian was the much bigger man at 50lbs heavier than his opponent, making it count with hefty leg kicks and strength to keep the fight standing. A knee and punch on the clinch break spelled the beginning of the end, as Parisian followed Johnson to the mat and eventually closed the show with some nasty ground-and-pound.

In the sole women’s matchup of the night, Cheyanne Buys brought a bit of gangster to the cage, despite requiring all three rounds to get the nod over Hilarie Rose. Both strawweight were 4-1 and looked virtually identical on the tale-of-the-tape, but Buys proved much to powerful on the feet for her quicker opponent.

Buys, whose husband is also a budding MMA prospect, controlled the fight in the clinch and had more answers up top, while managing to escape the tricky grappling prowess of Rose with an emphatic early slam. She now enters a division in need of some fresh contenders, and should bring some good flair with her well-rounded style.

Kenneth Cross was the unfortunate winner not to earn a contract, having edged Kevin Syler via decision in the night’s opening bout. Cross, now 11-3 and on a five-fight win streak simply didn’t do enough to earn his shot, and seemed to gas out late in the grappling-heavy bout.